Best Areas and beaches of North Goa to own holiday homes, villas and Luxury properties
‍
Reis Magos: Reis Magos is a village in Bardez, Goa, on the northern bank of the Mandovi River, opposite Panjim, the state capital. The Reis Magos Fort and the Reis Magos Church, the first church in Bardez, are two of Goa's most prominent buildings. The Three Wise Men from the Bible are known as Reis Magos in Portuguese. This fort, which is surrounded by sturdy laterite walls studded with traditional Portuguese turrets, was built in 1551 to defend the Mandovi estuary's narrowest point. This place has historical relevance, and that many of the freedom fighters were lodged here. Most of the Villas built in Reis Magos are on the hills of Reis Magos as it is a complete Hilly area which makes all the holiday homes and properties to be having a view of the Mandovi Sea.

Nerul : Cocoa Beach : Nerul is bordered by the river Mandovi on one side. The Mandovi river empties into the Arabian Sea, which is visible from the village. The Sinquerim rivulet empties into the River Mandovi on the inland side of Nerul. The village is surrounded by the famous tourist destinations of Sinquerim and Candolim, making it a popular tourist destination as well. The well-established Coco beach, also known as Maimé beach, is located at the northernmost end of Nerul. A lot of holiday homes and luxury property have been built as beach villas and a couple of boutique hotels along the shore, taking advantage of the inland sea breeze. Nerul is quiet and peaceful Despite of being so close to the busy tourist areas and. Even then it has managed to maintain its charm and beauty.

Candolim : Candolim is a census town.It is situated just south of Calangute Beach .The main Candolim-Calangute Road is packed with shops and restaurants, However, the beach has quite a number of inns. One can also reach the famous Aguada fort from Candolim. The fort was built by the Portuguese way back in 1612 for defense against the Dutch and the Maratha invaders. Along with the fort the church, lighthouse and the barracks of the Aguada Jail have become tourist attractions

CALANGUTE : Calangute is a beach resort town in the North Goa district. It is the most popular tourist destination in North Goa, with thousands of local and foreign visitors. Christmas and New Year's Eve, as well as the summer months of May and June, are the busiest times for tourists. Furthermore, it represents the uniqueness of Goa's culture as a whole, as well as providing breathtaking and scenic views of the surrounding landscapes, making it the ideal getaway destination for anyone seeking a break from the hustle and bustle of the city. The vibrant markets here sell everything, from beer and food, to junk jewellery, clothes, trinkets, and pawn items, Around this area there are many holiday home apartments and service apartments of mostly 1 and 2 BHK in gated communities which are mostly occupied at full efficiency during peak season as Calangute it's the most busy and touristy area of the North Goa beach Belt

Baga : Baga is located at the north end of the contiguous beach stretch that starts from Sinquerim, Candolim, leads to Calangute, and then to Baga. It is the most densely developed area for hotels, guest houses, Leisure, hospitality, and retail activity for tourist. The area contains rows of shacks and fishing boats. The area is the most famous for its most renowned nightclubs which is located in the famous “ Tito Lane”. North Goa's Baga is a seaside town. The Baga river surrounds Baga city and spotting the point where the river and the “sea” meet is a stunning sight to behold. Dolphins can also be seen far out in the ocean. Baga is also famous for its water sports like parasailing, banana boat, snorkeling and water skiing. The famous night clubs around Baga are Tito’s, Mambo’s Dreams and Cocktails, Kamaki, etc

Anjuna Vagator Badem : known for its Hippie culture which started in the Early 60’s the trio area still posses that feel and vibe of that 60’s with mostly shacks and pubs being connected to Hippy culture, the ambiance, surrounding and music played in these areas are similar to what the Hippie culture was. These 3 Villages are connected internally amongst each other and have the most vibrant and well -designed holiday homes and luxury properties of people from outside the state. The Cafes are mostly run by foreign staff are very famous for their different cuisine and taste, cafes such as Prana Cafe, Baba au rhum, Creme Choc Gelato and the famous Curleys and Shiva Place are the famous shacks around, Asia’s biggest music fest ‘Sunburn” is also hosted in the area every year

Siolim : One of the oldest villages of North Goa, yet the greenest and tranquil, Siolim lies on the side and behind part of the Chapora River and is connected to Chapora backwaters. Siolim is also a transit area between Anjuna Assagao to Morjim- Ashvem route. Siolim still holds the old charm of that feel of Coming to Goa as it is completly surrounded by Such green fields. The demand for Villas in North Goa has been increasing in this area as it is a central point connecting the 2 most visited areas. The Siolim Church is a heritage property that attracts tourism. Another such place to stop and hop is Thalassa Restaurant, famous for serving its Greek and Mediterranean cuisines.

Morjim-Arambol : One of the last points of North Goa Beach area known for its peacefulness and the most well- maintained beaches, it has a wide variety of tourist activities consisting of so many different cuisines, bars on the beach and yet calls out people who require their peace of mind and calm relaxing time. It is very famous for its Turtle beach a place which is a restricted place as it is the breeding point of turtles. This area has the biggest crowd of Russians tourist and also has a small influx of hippie activities going around the beach area by the Russians. This area is now going to be the biggest attraction for sea- facing Properties, sea View villas, and homes since the new airport will be the closest to this area for the tourist and or the property buyers who will want to own a beach view holiday home in North Goa. 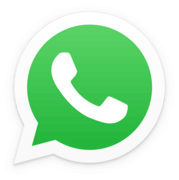